We’re living in an era that seems to defy parody. Many of the extremes and absurdities presented to us by satirists and comedians, while still extreme and absurd, have nonetheless become our reality. Because of this new, unpleasant reality, (re)watching Sidney Lumet’s 1976 drama/satire Network — the story of an irresponsible TV news program (perish the thought!) — is something of a surreal experience.

Pauline Kael — a critic whose writing I refer to whenever possible for the sheer joy of reading it — hated the movie Network. Well, “hated” may be too strong a word, but she was unimpressed, to say the least, giving her review of Paddy Chayefsky’s script the cleverly eviscerating title “Hot Air.” She did, however, allow that the most enjoyable aspect of the film (though still imperfect, in her estimation) was the downward-spiraling TV anchorman Howard Beale (Peter Finch), and that is without question where the best and most prescient satire of the film is found.

It’s also worth noting that Kael was watching Network in a different cultural landscape, and I have to wonder what her response would have been had she seen the film today. She saw Network before the creation of the 24-hour news cycle, before three major news networks had come into being with their own distinct “personas” and target audiences, before the era of reality television, before newspapers had to adapt to clickbait culture, and before a Donald Trump presidency. I watched this movie with hindsight Kael was not afforded, and therefore with more generous an eye.

Network, at its core, is a film about decay. Journalistic decay, intellectual decay, democratic decay, ethical decay. It presents a cartoonishly exaggerated vision of the lengths to which a TV station will go to outpace its competition for financial gain. I have to agree with Kael that Chayefsky’s tendency to soapbox about “ethical and intellectual decay” falls incredibly flat — there’s a heavy dose of self-congratulatory moralizing in Network that, while somewhat relatable, gets old fast and detracts a good deal from the characters. The news-specific commentary, however, is almost unnerving in its foresight.

The movie is about Howard Beale (Peter Finch), a network news anchorman on the fictional UBS TV. Howard, once at the top of the anchorman game, has been recently fired due to decreased ratings. He decides, as a result of his firing, to tell his public on live television that he plans to kill himself on the air on his last day at UBS, a proclamation that gets him physically dragged off the set while the cameras are still rolling. This, ironically, causes a spike in ratings, and thus begins the saga of Howard Beale and a news network gone rogue.

The main villain in Network is ambitious Diana Christiansen (Faye Dunaway), who has the idea to un-fire Howard and give him his own revamped show where he will be featured as the “Mad Prophet of the Airwaves,” becoming a mouthpiece of American angst and anger (about what? at whom? doesn’t matter). She and her team of executives latch onto Howard’s nosedive and ride it for every penny it’s worth, to the disgust of Howard’s friend and long-time newsman Max Schumacher (William Holden), who is set up as the paragon of Old School Virtue by juxtaposition to Diana’s TV Generation consumerism. Diana soon takes Max’s job at UBS, a turn of events that only momentarily prevents the long-married Max from beginning an affair with her.

Let’s get back to Howard, the center of the story, whose arc is far more interesting than that of Max or Diana. Howard has so effectively riled up his audiences that he has an eerie control over them — he can tell them what to say, and they will perform: “I’m mad as hell, and I’m not gonna take it anymore!” As such, Howard is now, thanks to Diana’s creative slimeyness, a host of The Network News Hour. The changes Diana has made to the format of this “news” show are truly Network at its satirical (and prophetic) best. She’s brought in “personalities” to fill the time slot, including Sybil the Soothsayer, Miss Mata Hari (and her Skeletons in the Closets), and, of course, the “Mad Prophet of the Airwaves,” Howard himself.

On his new, flashy set that includes a stained glass window for the Mad Prophet to preach in front of, and with his new and rabid following, Howard is in fine form. He is part End Times preacher, part demagogue. He rants and lectures and urges and warns — “Less than 3 percent of you people read books! […] Less than 15 percent of you read newspapers! […] The only truth you know is what you get over this tube!” He’s the perfect pundit-showman deriding the various things (he thinks) are destroying America — a forefather to any number of TV/radio hosts, editorialists, and politicians that populate modern media. And he’s a smash hit.

Watching this forecast of what news, and especially television news, would (d)evolve into is both entertaining and unsettling (a description that applies to modern TV news, as it happens). Howard and The Network News Show is everything wrong with the infotainment we’ve become so accustomed to. This is, of course, not to say that all news anchors are Howard Beales lying in wait, or that entertainment cannot also inform and vice versa. But in a time where sensationalism garners not just views, but clicks and shares, and when news has been commercialized to a point that those very things are its lifeline, the veil between exploration and exploitation seems thinner than ever. Even if there’s truth in the spectacle, the spectacle is what we see.

Unfortunately, Howard’s knack for effective and energizing spectacle becomes his and the network’s greatest liability, and the impetus for his downfall. Howard, in one of his broadcasts, stumbles into some factual reporting and aims his ire at a worthy target: the buyout of UBS by “CCA” (Communications Corporation of America), which has in turn been bought by the “Western World Funding Corporation.”

Suddenly Howard’s railings against getting all news from television take on a new urgency, an urgency that resonates very loudly in 2019. The decentralizing and deprioritizing of journalism and quality at UBS, and the decreasing transparency of who owns what and where “information” is coming from, are overwhelmingly pertinent concerns. Howard, in his manic way, happens to be right, and urges his viewers to write to the White House to stop the CCA and Western World Funding Corporation deals. This they do, and this, ultimately, is the literal death of Howard.

With the CCA deal broken, or at best indefinitely paused, UBS president Arthur Jensen (Ned Beatty) brings Howard to his conference room, blocks off all light from the outside world to create as theatrical and intimidating an atmosphere as possible, and screams a diatribe about the “laws of nature” that Howard has meddled with by stopping this deal. He imbues Howard with the Gospel of Business and orders him to use his show to spread that gospel.

Howard, ever malleable, does so. It turns out, however, that his audiences are not in fact receptive to this gospel — they don’t enjoy being told that “the individual is finished” and that they are all essentially cogs in a factory and are “totally unnecessary as human beings and as replaceable as piston rods.” Howard is no longer telling them to rise up against various, nebulous forces that are turning them into “humanoids,” he’s telling them this transformation is inevitable.

With the audiences rebelling, the ratings dipping, and Jensen refusing to take his disciple off the air — he is speaking the gospel, after all — the executives at UBS are faced with the dilemma of how to get rid of the Howard Beale show without going directly against orders from the man upstairs. Their solution is to kill Howard on the air. Get rid of the problem child and spike ratings in one fell swoop. Diana has employed a radical political group, the Ecumenical Liberation Army (a play on the Symbionese Liberation Army), to be part of the network’s “documentary” programming, and she arranges to have members of the ELA sit in the audience of Howard’s final show and gun him down just as he takes the spotlight. Thus ends Howard Beale, “the first known instance of a man who was killed because he had lousy ratings,” and thus ends Network.

In my mind, there are two interpretations to the collapse of Howard’s popularity once he started spreading Jensen’s gospel: either the audience is unreceptive to the unpleasant “truth” of Howard’s new message, or, more optimistically — and this is the reading I choose — they reject it outright. It’s not just that they don’t want to hear what Howard is saying. They do not believe what Howard is saying, and they will not accept it. Here, again, is the film’s renewed relevance to modern audiences.

While it’s difficult to ascertain whether Chayefsky is toting the apocalyptic view of Arthur Jensen as an evil truth, or if he is satirizing people who think like Arthur Jensen, the fact remains that the very people Howard is lambasting for not being analytical enough with what television offers are the ones who rebuke Howard’s final message of impending doom. When Howard tells them to take action, they answered the call. But when Howard tells them resistance is futile, they ran his ratings into the ground.

Whatever the authorial intent may have been in the many tirades launched against the “TV generation,” the effects television has had on said generation, and the degradation of society in general, the film still ends with a glimmer of hope for those who wish to see it that way (me). When told (truthfully, as it turned out) about a shady business deal, audiences reacted. When peddled an ideology that was bleak and nihilistic, they revolted. They did listen, they did think, and they acted accordingly. Chayefsky was right about needing to be wary of what you’re seeing and believing, nothing could be more true in the Internet Age. But he may have given less credit to the “humanoids” in Howard’s audience (and their real-world counterparts I have to assume Chayefsky is aiming at) than they were owed.

The prescience of Howard Beale as a character and UBS as a network cannot be overstated. Pundits rule the airwaves and infotainment is at its peak. Huge swaths of people admit to getting their news through social media, and largely through headlines alone. The prudent warnings against the dangers of an overly anesthetized public aren’t without merit, nor are those against the swelling wave of corporate consolidation, especially with regard to journalism.

But if optimism can be found in this story, and if it can be transferred to today’s viewers, I’d say it depends on ignoring a lot of the chestbeating that Kael found so insufferable, and it rests in the final and solid rebuke by Howard’s audience. Then, as now, optimism rests in people’s insistence that they are not “humanoids,” that they are necessary, that they will not happily swallow whatever they are spoon-fed, and that supposed “forces of nature” can indeed be meddled with, should they prove to do more harm than good. 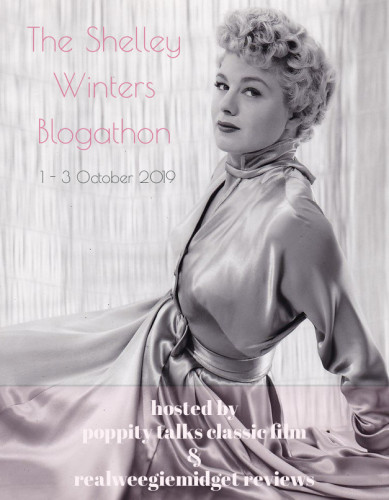 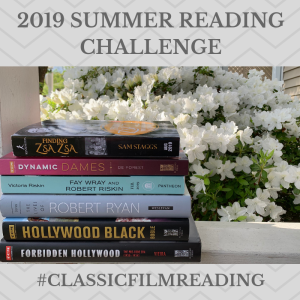